When a man sits with a pretty girl for an hour, it seems like a minute.  But let him sit on a hot stove for a minute - and it's longer than any hour.  That's relativity. ~Albert Einstein
Dr Ahmad Azman Mohd Anuar
The Hague
Netherlands
Tel: +31616876609
www.drazman.blogspot.com
Posted by Dr Azman at 2:30 AM No comments:

Bertasbih tapi menghalalkan yang haram
Posted by Dr Azman at 1:50 AM No comments:

Why do we ever fall down? So that we can pick our self up.
Alfred the character in Batman (Dark Knight)
Dr Ahmad Azman Mohd Anuar
The Hague
Netherlands
Tel: +31616876609
www.drazman.blogspot.com
Posted by Dr Azman at 1:37 AM No comments:


Like his predecessors Abdullah Badawi and Dr. Mahathir, Prime Minister Najib Razak endlessly proclaims Malaysia to be an Islamic state. Now with 40 young ulama joining the party, Najib must feel that his assertion to be the truth. He could not be more wrong.

Yes, ulama play a central role in an Islamic state. In his book, The Fall and Rise of the Islamic State, Noah Feldman attributed the longevity and eminence of earlier Islamic states to the critical role of the ulama and scholars.

The Islamic governing principle is simple. Rulers are to govern according to God’s law, as stated in the Quran and elaborated in the hadith (sayings and practices of Prophet Muhammad, s.a.w.). The central tenet is, “Command good and forbid evil!” As long as the ruler fulfils this obligation, his power and authority are legitimate and deemed divinely-sanctioned.

It was a tribute to their political skills and intellectual prowess that those early scholars were able to formulate from the Quran and hadith a set of laws – the Shari’a – that today still governs the everyday lives of Muslims, even those not living in Islamic states. At its time the Shari’a represented a quantum leap in the recognition of basic human dignity and rights. As Feldman noted, “For most of its history, Islamic law offered the most liberal and humane legal principles available anywhere in the world.”

The central precept of the Shari’a is that all, rulers and the ruled alike, are governed by it. No one, not even the sultan, is exempted. That is the rule of law at its core.

The ulama’s other major contribution was that they exerted the necessary checks and balances on the powers of the rulers. It was the scholars, not the rulers, who determined what was “good” or “evil.” A ruler had to abide by the decisions of the ulama, for not doing so would mean deviating from God’s law, a sure route towards de-legitimatizing the ruler’s authority.

These two central elements (fidelity to the rule of law and institutionalized checks and balances on the powers of the rulers by the ulama) accounted for the remarkable success and endurance of those early Islamic states.

The absence of both is what dooms many so-called Islamic states today, or indeed any state. Show me a backward society, and I will show one that has no respect for the rule of law and without an institutionalized system of checks and balances. This is true not only in the Islamic World but also elsewhere. Sadly, Malaysia is fast headed there.

The most “Islamic” state today is Iran. There the clergy class has assumed absolute power; there are no checks and balances. Criticizing the mullahs is viewed as criticizing Islam; they thus effectively put themselves above the law. Those who view Iran as the model Islamic state obviously missed the essence and beauty of Islamic principles of governance.

As for the 40 ulama joining UMNO recently, the charitable part of me would like to believe that this was a noble move on their part, an attempt at emulating their illustrious ancient predecessors. That is, they saw the excesses of UMNO and felt compelled to step in to save a venerable institution by providing much-needed checks and balances.

Alas that was not the reason, at least not the one stated by their representative, Fadlan Othman, a junior academic at a local university. His primary reason for joining was to “proselytize from within, for the benefit of UMNO members whom I feel are ripe to have their knowledge, religiosity and spirituality uplifted.” (“Tujuan utama kami memasuki UMNO adalah untuk berdakwah dari dalam, untuk kebaikan ahli-ahli UMNO yang kami rasakan amat subur untuk proses peningkatan ilmiah, keagamaan dan kerohanian.”)

Well, at least he read UMNO members well. I would have been satisfied if he had a more modest goal, like trying to make UMNO and its members more honest and less corrupt.

I am heartened that the announcement of the ulama joining UMNO coincided with the party’s rescinding its earlier decision to legalize sports gambling. If the two were indeed related, then that certainly was a good beginning. Now if as the result of their joining the party, UMNO would also declare “money politics” and corruption haram, then they truly are on the path of rehabilitating the organization and its members.

The realist in me however, saw something else; a bunch of folks with otherwise unpromising careers spotting an opportunity to advance themselves. I see no difference between them and the many not-too-talented young Malays who, unable to advance on their own prowess, sought the patronage of UMNO.

UMNO is inundated with lawyers who cannot draw up a coherent contract and engineers more adept at building a bridge with more water flowing over than under it. This latest crop of recruits is no different. Google their names and their meager scholarly output becomes apparent. As for their khutba (sermons), that too are canned, produced by a committee at headquarters.

Just as these ulama are using UMNO to advance their careers, so too is UMNO exploiting them to enhance the party’s tarnished Islamic image, what with its unwise earlier decision to allow betting in sports. These ulama are there to sanitize UMNO. “Whitewash” is the more appropriate term.

These ulama ought to be reminded that exploitative relationships, personal as well as political, rarely endure.

The game that UMNO is engaged in and where these ulama are only too willing participants is a very old one. Throughout history, locally and elsewhere, the powers-that-be had successfully co-opted willing ulama. Ulama, like other mortals, can be bought; only the price varies. For some, the promise of a steady salary, government-issued car and quarters would do it; for others, an impressive title. However, whether the price is a penny or a pot of gold, a hooker is still a hooker.

Prime Minister and UMNO President Najib Razak is certainly well attuned to these corrupt relationships. Consider his bald statement during the recent Sibu by-election, “You help me, I help you!”

In Malaysia, the market for ulama is saturated. Seen in that light, their eagerness to join UMNO is understandable. They are certainly doing themselves some good, at least in this world, but whether they are also doing the community any good is another matter.

These political ulama, whether in UMNO or PAS, are a far cry from those illustrious earlier ones for whom the prophetic saying, “Scholars are the heirs of the Prophet!” was apt. Likewise, today’s Islamic states, Malaysia included, are a far cry from those earlier ones, which Feldman describes as “so Islamic that they did not need the adjective to describe themselves.”

No wonder Malaysian Prime Ministers from Mahathir to Najib are obsessed in calling Malaysia an Islamic state. They have to, for Malaysia has nothing to show for it but the label. 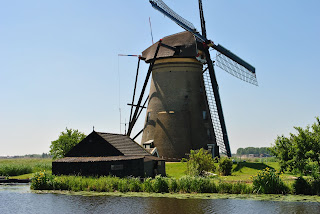 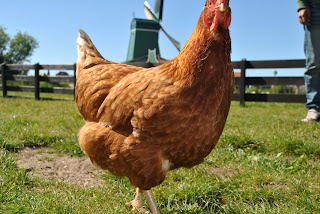 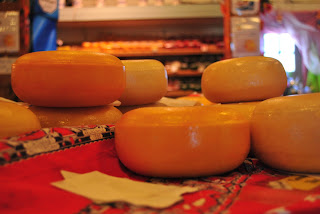 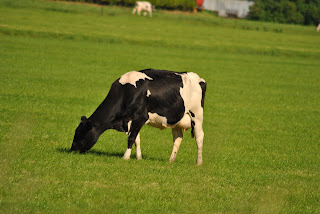 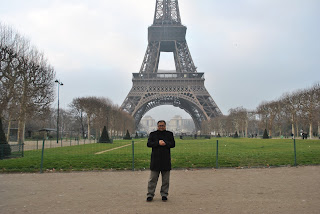 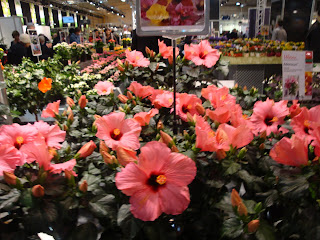 A truly rich man is one whose children run into his arms when his hands are empty.  ~Author Unknown

What you need to know about the past is that no matter what has happened, it has all worked together to bring you to this very moment.  And this is the moment you can choose to make everything new.  Right now.  ~Author Unknown

If you resist reading what you disagree with, how will you ever acquire deeper insights into what you believe?  The things most worth reading are precisely those that challenge our convictions.  ~Author Unknown

You've got a lot of choices.  If getting out of bed in the morning is a chore and you're not smiling on a regular basis, try another choice.  ~Steven D. Woodhull 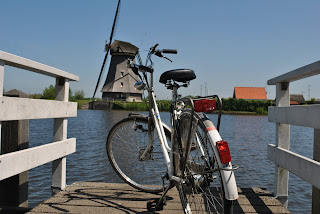 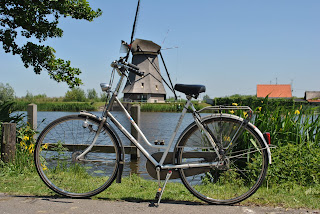 Politicians are the same all over. They promise to build a bridge even where there is no river. 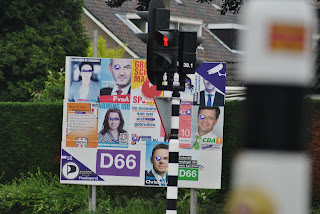 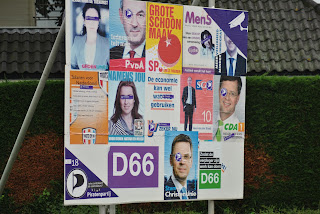 Why is there only one ball for 22 players?  If you gave a ball to each of them, they'd stop fighting for it.  ~Author Unknown

Note: Not the dictionary definition of  the word of politics but something to ponder.....
P.S. Yesterday(9 June 2010), Netherlands has its elections for new parliament. check out my blog (soon, maybe in a couples of day) for an article on the Netherlands election fair.

Housework is something you do that nobody notices until you don't do it.  ~Author Unknown

Never be in a hurry; do everything quietly and in a calm spirit.  Do not lose your inner peace for anything whatsoever, even if your whole world seems upset.  ~St Francis de Sales


He bites his tongue who speaks in haste.  ~Turkish Proverb

If the only tool you have is a hammer, you tend to see every problem as a nail.  ~Abraham Maslow

Never miss an opportunity to make others happy, even if you have to leave them alone in order to do it.  ~Author Unknown

I am always doing that which I cannot do, in order that I may learn how to do it.  ~Pablo Picasso
Note:
So take some risk (calculated risk that is {stats: PM Yusri know about it}) so that we can learn from it. 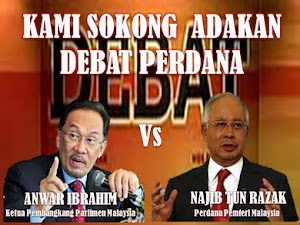